This month sees another four new recruits join the OrderWise team, continuing our growth as we move further into 2018.

As ever, the first three weeks of their employment was spent learning how to use OrderWise and taking part in activities in our warehouse training facility to provide experience of the software in a practical environment. The intensive training also involved assessments of knowledge and progress to ensure that benchmark understanding was being achieved.

With their initial training now completed, each staff member has started settling into their new careers here at OrderWise. Officially joining the OrderWise team this month are: 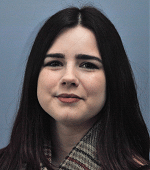 Joining our Technical Support Department this month is Sian-Marie, who has previously worked in a school with children who had been excluded from mainstream education. Before that, she worked as a Prison Officer, and so her previous experience will certainly have developed strong communication and problem-solving skills, both of which will be valuable in her new role at OrderWise. In her spare time, Sian-Marie loves going to the cinema and the theatre, and is a big Harry Potter fan. We’re sure Sian-Marie will be MAGIC at solving any technical issues she has to deal with, and we WARDEN’t think she’ll have any problems settling in to her new role here at OrderWise! 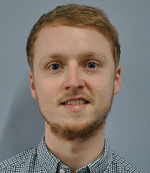 Grant joins OrderWise this month as a Project Manager, but before moving to his department he is gaining experience of the OrderWise software in our Technical Support Department. Grant has valuable experience gained from working as an Area Manager for Amazon in their Packing and Shipping departments, and before this he worked in accountancy and studied for a degree in Business Studies at the University of Lincoln. Outside of work, Grant enjoys travel, watching and playing football, and going to gigs and festivals, where he often gets mistaken for Ed Sheeran due to his striking resemblance to the singer – can’t say we see it here, maybe Grant is just wishfully THINKING OUT LOUD! 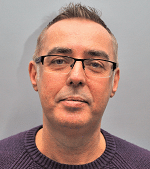 Joining OrderWise as a Project Coordinator this month is Duncan, who has over 25 years’ experience in IT and project management. Duncan is a PRINCE 2 Qualified Project Practitioner, has worked for a variety of companies and has also spent time working in Holland. Duncan’s skill-set and experience will stand him in good stead in his new role gathering and building data and assisting OrderWise customers as they prepare to go live with their new software solution. An enthusiastic home brewer, Duncan also loves travel and walking his dog Monty, and he is also a keen supporter of Manchester City FC. Having worked in Holland, Duncan has certainly been more successful in Europe than his football team! We’d love to have worked in Holland like Duncan, WOODEN SHOE?! 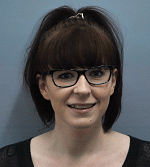 Also joining OrderWise this month is Nicola, who will start her role as a Project Manager after spending some time in our Technical Support Department in order to gain a fuller understanding of how our clients use OrderWise. Nicola has a degree in Business & Management from Leeds Metropolitan University and has great experience as a Project Manager working for Coca Cola European Partners, which will be of value to her as she embarks on her new role here at OrderWise. In her spare time, Nicola loves to travel, enjoys going to the gym and is also a keen skier, so there’s SNOW chance Nicola will be letting any of her projects stray OFF-PISTE! Are you ready for omnichannel commerce?

If your business utilises multiple commerce platforms and channels to... OrderWise ERP software provides businesses with complete control of their... What are some of the biggest benefits OrderWise is able... Discover all the ways that version 22.5 of the OrderWise...